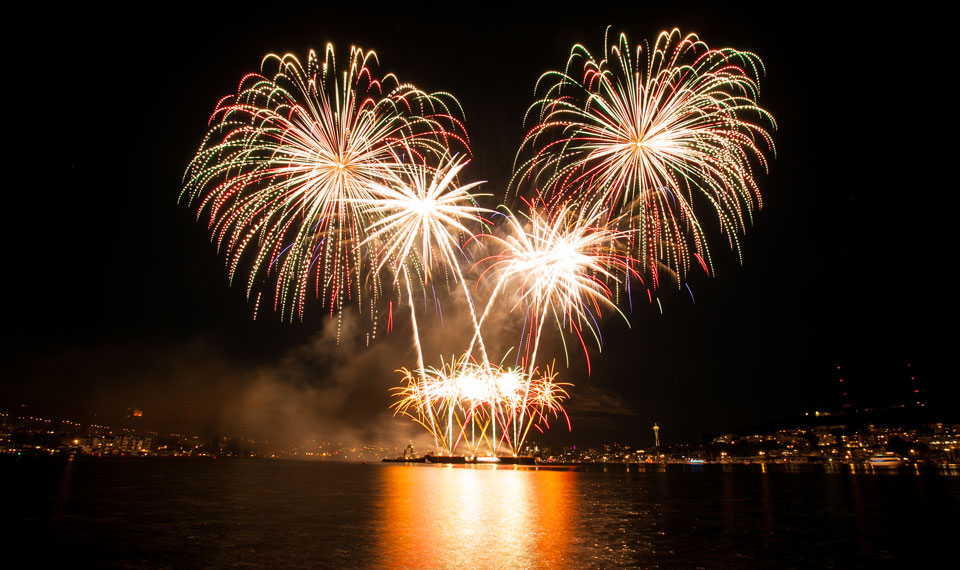 The 2013 fundraising campaign ended March 31, 2013. Although many individuals and businesses pledged their support, the necessary funds required to produce the Family 4th were not realized. Read on for more information about the 2013 campaign.

The Family 4th serves a half-million citizens (50,000 at Gas Works Park, 250,000 around the lake, and 200,000 via the television broadcast). One Reel has worked hard to ensure the cost of the event is only $1 per person served, an almost unthinkably low figure for a special event of any size.

What is the duration of the fundraising campaign?

Fundraising starts as early as July 5 each year, and the last nine months have been filled with behind-the-scenes outreach. The 2013 public fundraising campaign ran March 5–31.

Why is the deadline March 31?

The campaign deadline is driven by deadlines with suppliers. We must know by March 31 if the event is to move forward or not, and this deadline will always be a reality.

What happens if the campaign does not meet its goal?

The campaign goal is what One Reel, in our professional opinion and based on our 24 years experience with this event, believes necessary to safely and responsibly produce the Family 4th at Lake Union. The Family 4th causes hundreds of thousands of people to converge around the lake, and there are great responsibilities associated with bringing together large numbers of people (not to mention detonating tons of explosives in a dense urban environment) that One Reel takes extremely seriously. If the funds are not raised to safely produce the event, One Reel will not execute the event in 2013 and will evaluate if the event is to proceed in 2014. Additionally, all contributions received during the 2013 campaign will be refunded.

Are you fundraising from individuals or also businesses?

The Family 4th serves our entire community, and therefore the entire community is invited to contribute. We will happy accept donations in any amount from anyone. See the list of individual donors and contributing businesses.